No BS Health Fact: Your Health Problem is Genetic

No BS Health Fact: Your Health Problem is Genetic 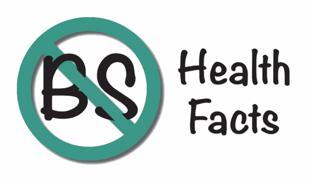 This concept has always bothered me. I felt like whatever problem I had, that were considered genetic, was based on the fact that I was unlucky enough to have parents with weak genes.

This is “quite obvious” as I would have the same health difficulties as my parents did.

So, it is “logical” that they passed it down to me. But there may be many other factors to consider.

Since we were raised by our parents, we may have many of the same eating habits, exercise habits and overall concepts of health, which could very well be similar to theirs.

Another factor to consider is that just because we have their gene snips, does not mean they have to manifest.

Genes are composed of gene snips. Very basic, these snips are part of the genetic expression and are the functional part of the gene. They have mechanisms to be turned on and can have a profound effect on our genetic functionality.

There is an upcoming science called neutrogenetics, which studies what nutritional components will “turn on” genetic expression.

In the upcoming years it will be more tangible for us.